I was in Cork recently and decided to take a picture of this beautifully-situated pillar box in St. Luke's Cross: 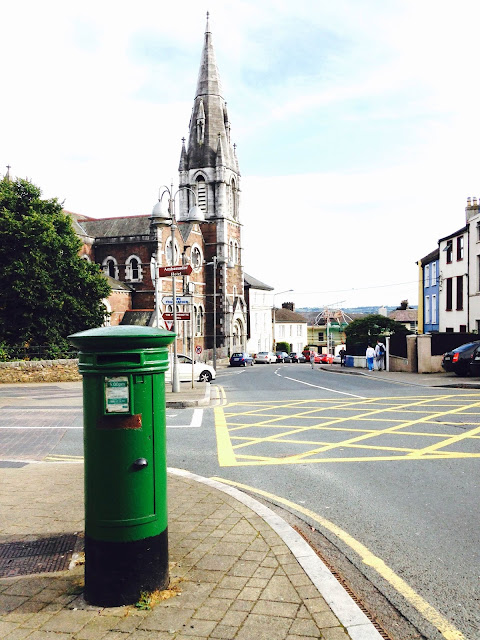 The box is a recent 'An Post' (pronounced 'un pust') box, probably dating from the 1980s (An Post was established in 1984, replacing the Department for Posts and Telegraphs) and no later than the mid-90s, when cast-iron pillar boxes such as the above were replaced by the horror-show that is the modern green box on a steel pole (you may not have noticed these due to their resemblance to electricity boxes). An interesting feature of this box is that it has been vandalised - the 'An Post' logo under the window on the door has been ripped off, leaving a rusty scar. You can see the pre-vandalised box here.

The church in the background is St. Luke's (C of I), which was designed by Hill and consecrated in 1889, and then deconsecrated in 2003, when it became a music venue and cultural centre. (The parish migrated to Cork's famous St. Anne's church in Shandon, known locally simply as 'Shandon'). See here for more info.

Another feature of the above box that caught my eye was the prominent stamp of the foundry in Dublin that made it: 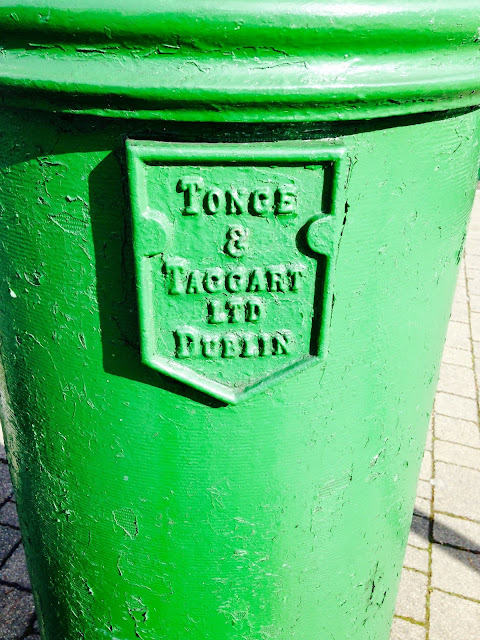 A little research shows that Tonge & Taggart were a well-known Dublin foundry that produced all sorts of iron street furniture until the 1990s when they were swallowed up the Smurfit group. Walking around Dublin since my visit and keeping an eye on the ground, I've been finding them everywhere: 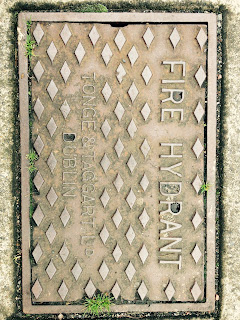 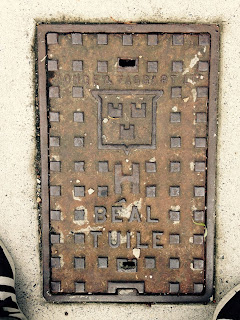 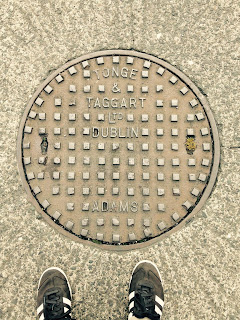 I've even roped in my daughter, who takes great delight in spotting 'Tongue and Target' manhole covers whenever we go out for a walk. If time permits, I'm going to try to find out where in Dublin they were based, and get some photos of the foundry itself. Watch this space!
Posted by Daniel Deasy at 04:50 No comments: